GAJA is moving towards Southern India 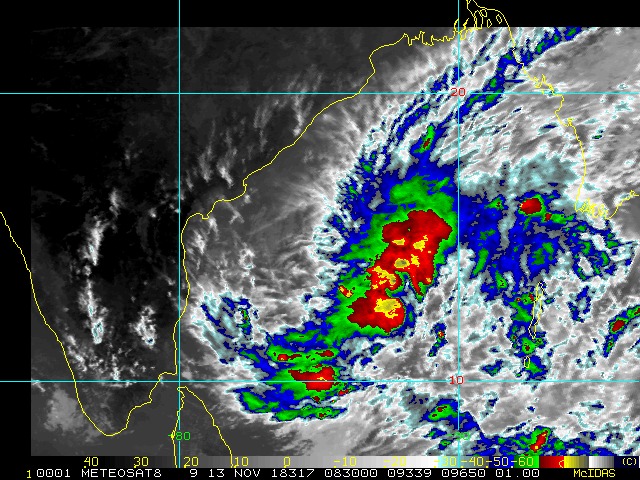 Cyclone GAZA is forecasted to make landfall between Cuddalore and Pamban near Rameswaram on Thursday, and can bring heavy rainfall across southern Indian States. The cyclone Gaja is formed in past weekend and expected to make landfall in south Indian coastal region around Thursday morning and can bring heavy rainfall and wind damages. The cyclone Gaja is making cut from east to west coast across southern India and that may contribute significantly to flooding and landslides over mountainous regions.

After Landfall, cyclone Gaja will be weakened substantially over inland areas, the heavy widespread rainfall with some strong winds near and around storm low pressure location. The thunderstorm along the cyclone bands will bring moderate to heavy rainfall across region. The cyclone will remain with high intensity between 13 to 14 November and possibilities of bringing heavy downpour across Southern Indian region.

The abundant moisture associated with cyclone can bring thunder showers in Tamil Nadu, Andhra Pradesh. However heavy rainfall can be seen south of Chennai with 3-4 inches of rainfall and localized heavy rainfall can reach up to 150-200 mm (6-8 inches) of rainfall. By Saturday, The cyclone Gaja will cross Kerala coastal region and move over to Arabian Sea.

Other parts of the Country mainly northern states will experience dry weather and air quality index will remain poor in the Capital city Delhi and adjacent areas or region.

About the Author: admin